Three notable changes relating to digital access and digital divides are occurring in the realm of personal connectivity, according to new findings from Pew Research Center surveys. First, home broadband adoption seems to have plateaued. It now stands at 67% of Americans, down slightly from 70% in 2013, a small but statistically significant difference which could represent a blip or might be a more prolonged reality. This change moves home broadband adoption to where it was in 2012.

Second, this downtick in home high-speed adoption has taken place at the same time there has been an increase in “smartphone only” adults — those who own a smartphone that they can use to access the internet, but do not have traditional broadband service at home. Today smartphone adoption has reached parity with home broadband adoption (68% of Americans now report that they own a smartphone) and 13% of Americans are “smartphone only” – up from 8% in 2013. Some of the most significant changes in these adoption patterns are taking place among African Americans, those with relatively low household incomes, and those living in rural areas. 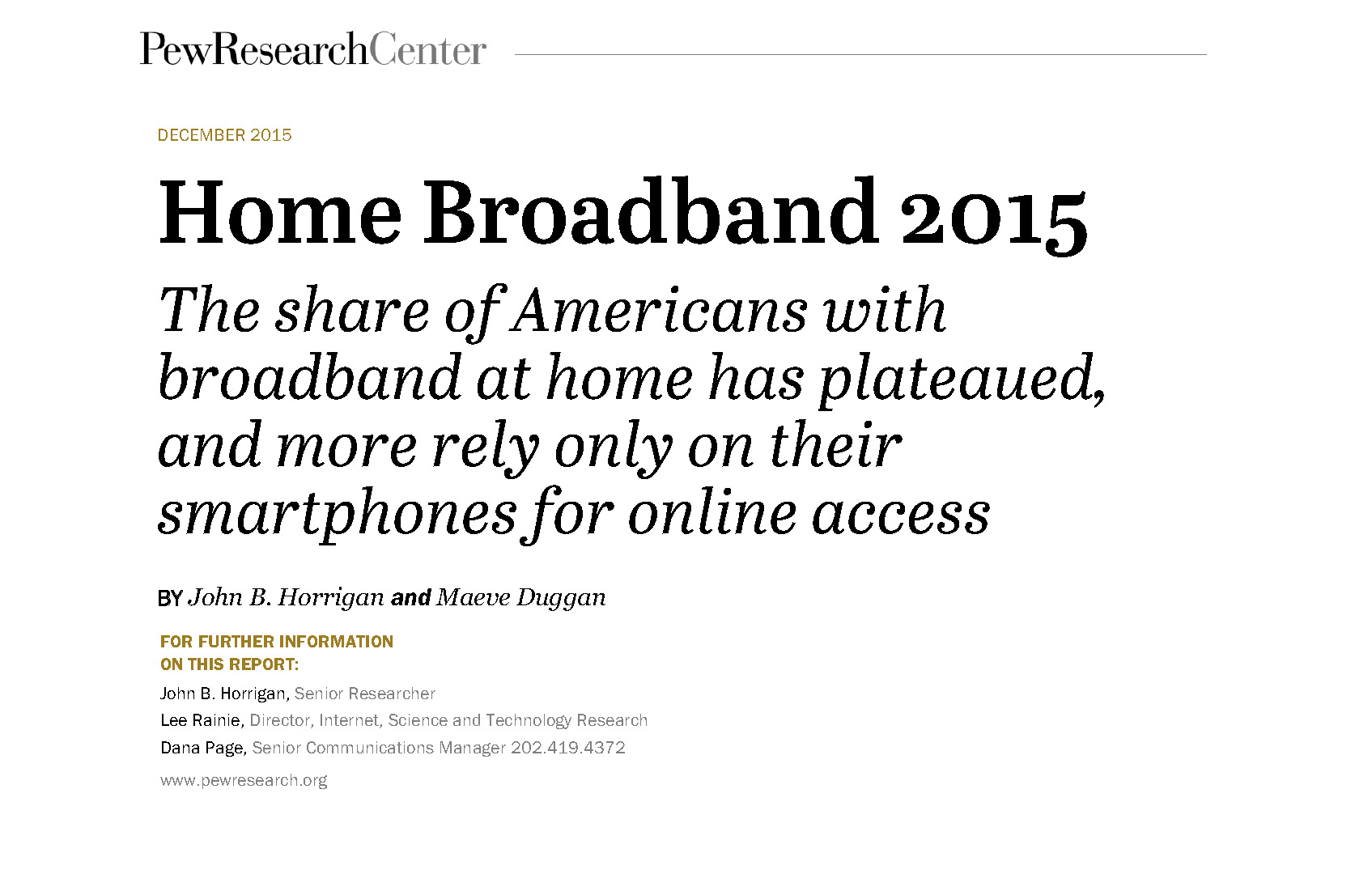