As part of the Connected Communities and Inclusive Growth (CCIG), a new study examines how far is CA from the goal of making 100Mbps broadband available to all as laid out by Governor Gavin Newsom in August 2020. The study also discusses the broadband proposals (AB-14 and SB-4) currently before the CA legislature.

Among the key study findings are:

More information about the project can be found at arnicusc.org/research/connected-cities. 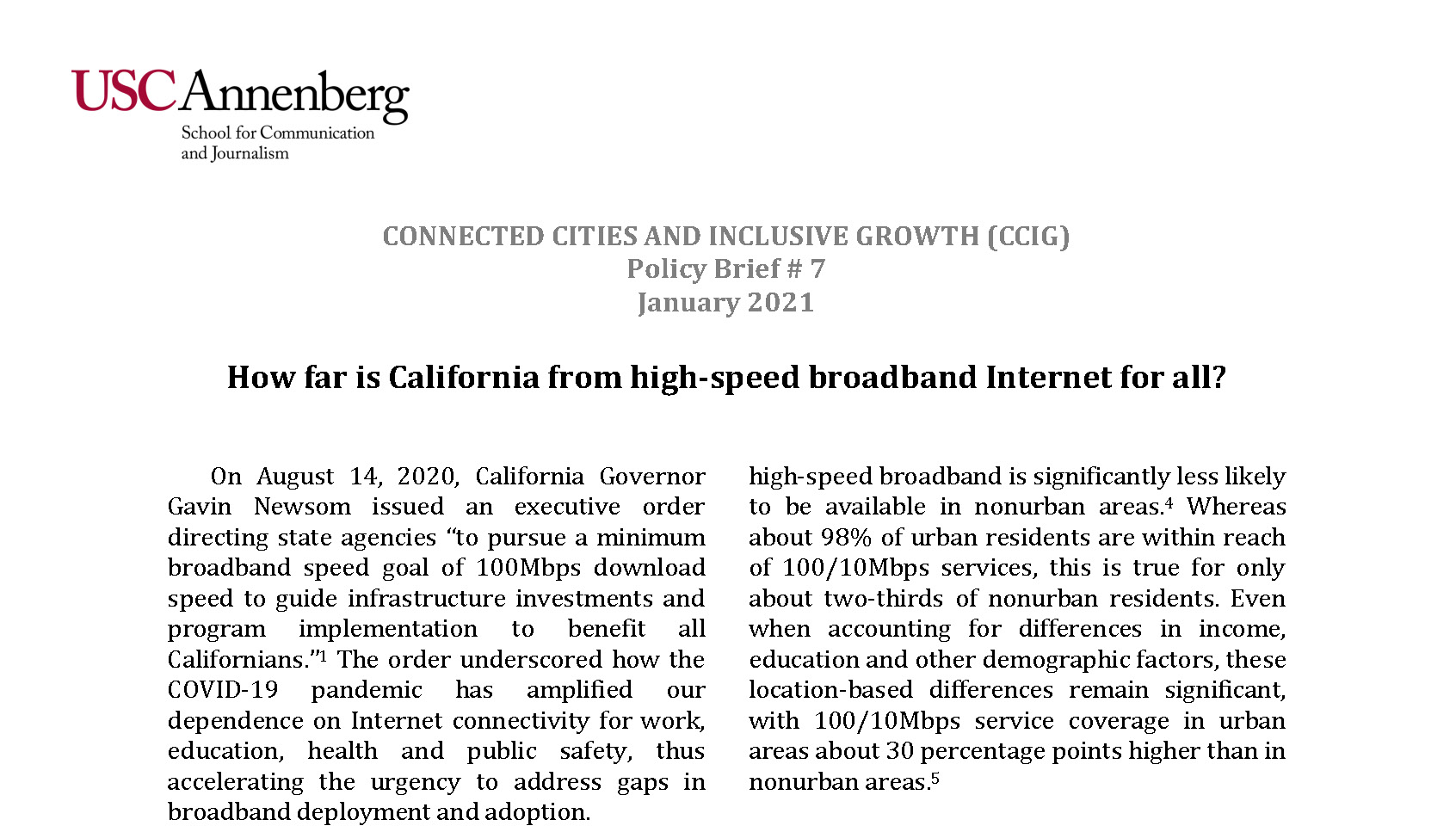