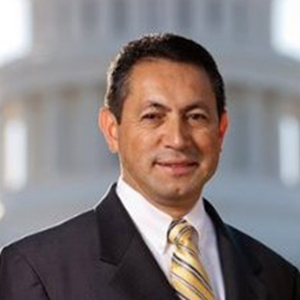 Carlos Ramos is Principal Consultant with Maestro Public Sector.  He works with leading edge Silicon Valley innovators to bring innovation and transformative technologies to the public sector.  Carlos founded Maestro after completing a 27-year career in California Government where he was a key technology leader and innovator directly involved in California’s technology initiatives.

During his tenure in the public sector, Carlos served as CIO for the State of California where he set California’s IT strategic direction and had oversight over and responsibility for the entire State technology portfolio.

Under his leadership, California established itself as a leader in mobile computing, the use of geo spatial technologies, data analytics, cyber security, virtualization and in public sector adoption of cloud computing in the public sector.  In addition, Carlos lead creative initiatives to professionalize the State’s technology workforce.  He established the first ever statewide IT project management office, created a project management academy and partnered with Silicon Valley to train the State’s workforce.  Additionally, Carlos helped bring California’s innovations to other states as a member of the executive committee of the National Association of State CIOs (NASCIO).

Carlos has held many leadership commissions including: